A new study has found that acupuncture treatments can reduce the number of hot flashes and night sweats associated with menopause by as much as 36 percent.

“Although acupuncture does not work for every woman, our study showed that, on average, acupuncture effectively reduced the frequency of hot flashes and results were maintained for six months after the treatments stopped,” said Nancy Avis, Ph.D., a professor of public health sciences at Wake Forest Baptist Medical Center and lead author of the study.

Funded by the National Institutes of Health, the study included 209 women between the ages of 45 and 60 who had not had a menstrual period for at least three months. On average they had at least four hot flashes or night sweats a day in the previous two weeks.

Participants received a baseline assessment and were then randomly placed in one of two groups.

The first group received acupuncture treatments during the first six months. They were then followed without receiving acupuncture for the second six months.

The women were allowed up to 20 treatments within six months provided by licensed, experienced acupuncturists in the community.

According to Avis, the study was designed to make it more “real world” by leaving the frequency and number of the acupuncture treatments up to the study participants and their acupuncturists.

All the women kept a daily diary on the frequency and severity of their hot flashes. They also answered questionnaires about other symptoms every two months.

After six months, the first group reported an average 36.7 percent decline in the frequency of hot flashes compared to baseline measurements. After a year, the benefits persisted, with the women maintaining an average 29.4 percent reduction from baseline.

The second group reported a six percent increase in symptom frequency during the six months when they were not getting acupuncture, but had similar results — an average 31 percent reduction in frequency — to the first group after receiving acupuncture during the second half of the trial, the researchers reported.

“There are a number of non-hormonal options for treating hot flashes and night sweats that are available to women,” Avis said. “None of these options seem to work for everyone, but our study showed that acupuncture from a licensed acupuncturist can help some women without any side effects. Our study also showed that the maximum benefit occurred after about eight treatments.”

Avis cautioned that the effect shown in the study could be due to non-specific effects, such as the additional care and attention the study participants received or the expectation of a benefit.

She also said that additional research is needed to identify individual differences in response to acupuncture.

The study was published in the journal Menopause. 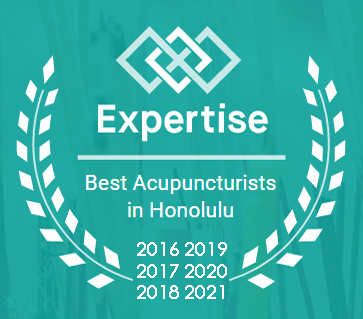