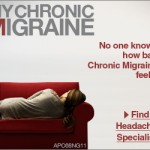 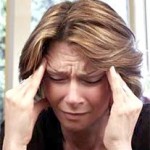 RECENT RESEARCH SHOWS THE BENEFITS OF ACUPUNCTURE IN TREATING MIGRAINES

Acupuncture and Traditional Chinese Medicine offer all natural treatment options for headaches and migraines. Unlike prescription drugs, acupuncture has no side effects. It is safe, gentle, and effective.

Italian researchers found that regular treatments with “true” acupuncture helped improve symptoms in 32 patients whose migraines had been resistant to standard medication.

Moreover, the therapy worked better than two forms of “sham” acupuncture used for comparison, the researchers report in the medical journal Headache.

The current study by Dr. Enrico Facco, of the University of Padua, looked at how traditionally performed acupuncture stood up against two sham forms for preventing migraines. They randomly assigned 160 migraine sufferers to one of four groups:

The participants in all the groups were given medication to treat any migraine attacks.

The “irony” of the study, Facco told Reuters Health, is that the therapy was based on traditional Chinese medicine, but studied using the modern, “Western” scientific method.

The results are promising, he said. However, Facco added, since the therapy carries little risk of side effects, it could be worth a try for migraine sufferers who are not adequately helped by standard preventive treatment.
In addition to the traditional theories on qi, modern research has shows that acupuncture may work by altering signals among nerve cells and affecting the release of various chemicals of the central nervous system.

A valid reason for treatment rather than over dosing with drugs that can also be hard on your body. Overuse of Ibuprofen for instance has been shown to eat away the lining of the stomach and cause intestinal bleeding.